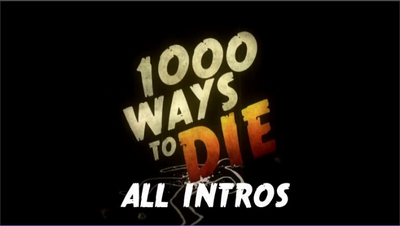 CLICK THE LINK ABOVE, if its not available in your country, use VPN, and go on Country Germany, IT WILL WORK

These are all the Intros from the TV Series "1000 Ways To Die" which first aired back in 2008, and ended in 2012, still one of my favourite shows to watch. There is three Narrators, most favourite being "Ron Perlman" from 1-4 seasons, mostly the entire season. the others are Alisdair Simpson for the UK Version, (they said there was a 2nd season for him, but i couldn't find anything) and John Moore the first two episodes in Season one.

U.S. version of Warning Season 1: Ep 3-12 / Season 2-6 WARNING: The stories portrayed in this show are based on real deaths and are extremely graphic; names have been changed to protect the identities of the deceased. "Do not attempt to try ANY of the actions depicted...YOU WILL DIE!"

UK version of Warning Season 1 Ep 3-12: WARNING: The deaths portrayed in this show are based on real events; names have been changed to protect the identities of the deceased. Some of the dead were unlucky; many were bored; most were incredibly stupid. "Do not attempt to try ANY of the actions depicted...YOU WILL DIE!

First version (only used in the first two episodes): "The human body is remarkably resilient; everyday we fight a new war against germs, toxins, injury, illness, catastrophe and calamity. The fact that we survive it all is a miracle; because everyday we live...we face 1000 Ways to Die." 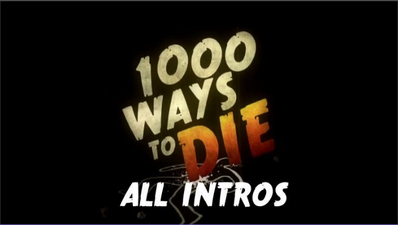