Name of the death is a pun on "suffer" and "suffocated"
"In the end, Floyd went bye-bye. And Lance? He just lapped it up."

Floyd (portrayed by Martin De Boer) is a famous bike rider. He keeps a chamber in to relax. However, he trained so hard that his girlfriend moved out, leaving behind her dog, whose named was Lance. Lance needed some water, but Floyd wasn't going to give any of his water to drink. Not only that, he talked smack to Lance by calling him names. As Floyd, who injected steroids onto the vein of his left arm, went inside of the chamber, Lance reached for the water but accidentally turned off the oxygen in the process. 20 minutes later, Floyd woke up, gasping for air. He then knocked his own homemade chamber tank door side down in the process. As a result, he suffocated to death. Lance then gloats and drinks the rest of Floyd's water. 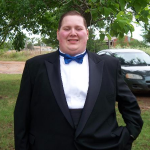 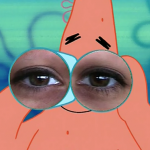